Roger is our head trainer for dagger & polearms, i.e. quarterstaff, halberd and pike. He is one of the founding members of the club and is also on the GFFG board. Roger was a member of Gothenburg Historical Fencing School from 2008-2015 and there too sat on the board for several years. More importantly though, he there led a weekly class on Joachim Meyer’s Halber Stangen, based on research he started in 2009. He also led a weekly study group in Meÿer’s dagger during his last year. 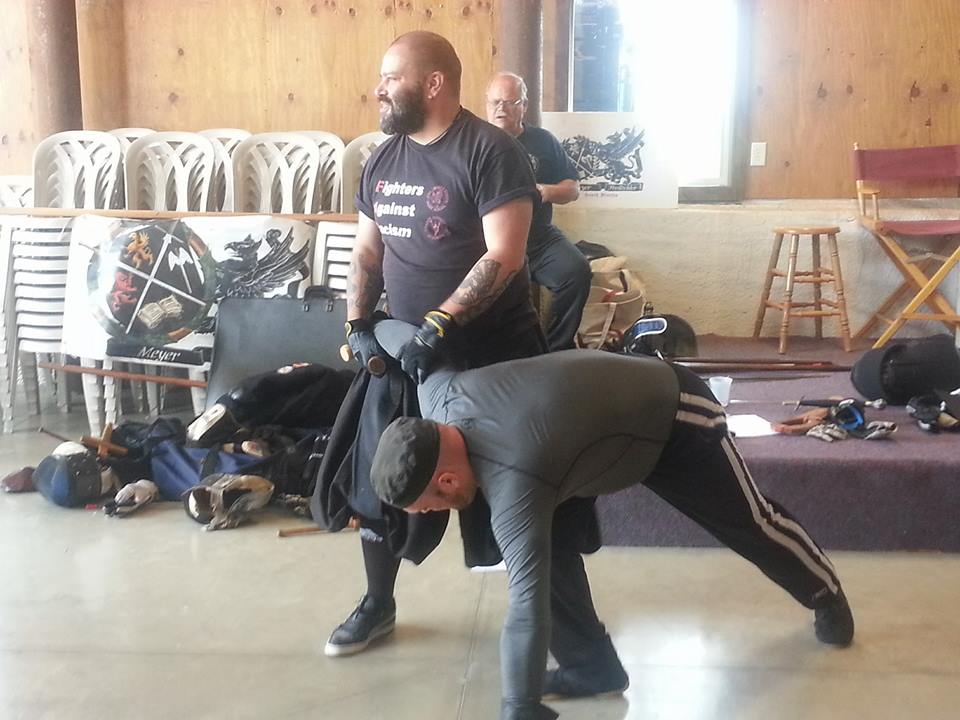 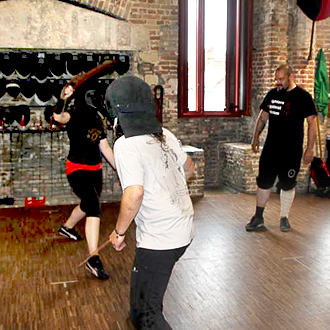 Due to his contributions to the HEMA community he was approved as a member of the Historical European Martial Arts Coalition in 2011. He was also invited as a member by the the Meyer Freifechter Guild in 2013. The same year he founded the HEMA Scholar Awards, an annual, prestigious award given out to the best research in HEMA. Since 2016 he is also the chairman of the Advisory Board of Acta Periodica Duellatorum, a highly regarded academical magazine dedicated to the research in Historical European Martial Arts.

He is deeply dedicated to HEMA and is responsible for the Hroarr.com site, a neutral meeting ground for the HEMA community which provides resources on manuals, clubs and equipment as well as writes articles and reviews related to HEMA.

Currently he is involved in a research project studying the whole of Joachim Meÿer’s 1570 treatise and works with both the staff, the longsword, the dussack and the dagger, using the same systematic method he applied to his quarterstaff research for which he is most known. 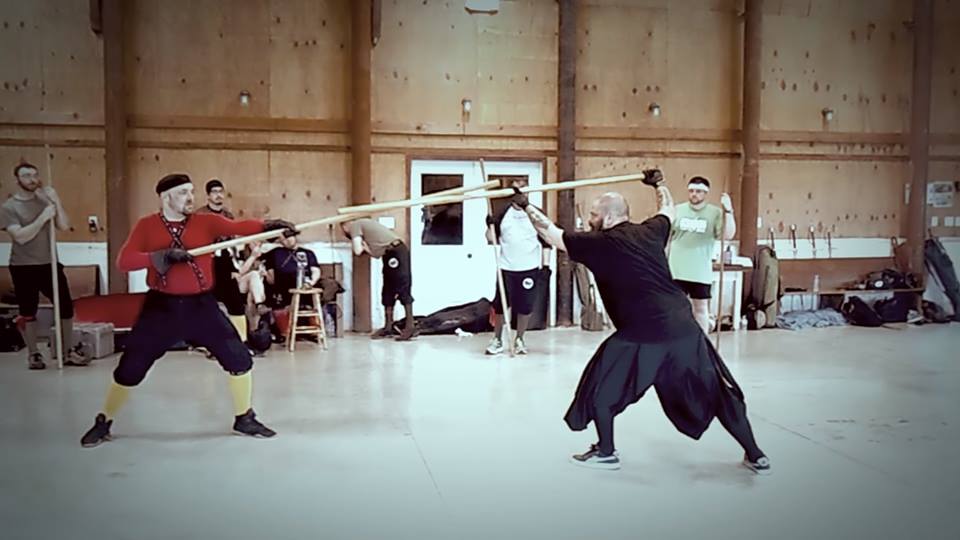 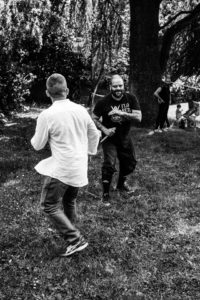 Roger is also working on an extensive series of articles, called The Onion – Basics of European Longsword, revolving around Joachim Meyer’s longsword fencing, occassionally reflected against other masters like Sigmund Ringeck, George Silver & Myamoto Musashi. This series of articles is the foundation for the longsword workshop he teaches.

He usually teaches at 6-8 events per year and has taught some 80 workshops and 15 lectures at 35 events and training weekends in Europe, the USA, and Africa, primarily focusing on 16th cent fencing master Joachim Meÿer’s dagger, quarterstaff, longsword and dusack, all based on the research and training done in the GHFS class and commonly together with training partners and friends like Mattias Moberg of GFFG, independent fencer Robert Molin and Kevin Maurer & Chris Vanslambrouck of the MFFG.

In 2016 he taught in Belgium, Italy and the USA and 2017 has already had several events around the world, with a weekend seminar in Prague, the Czech the Republic, lecturing and teaching at the University of Massachussetts, Amherst, USA, and giving three workshops in London, England. Later in 2017, he also taught two weekends in Pretoria, South Africa, and will likely also be teaching in Poland. 2019-2020 already has bookings with several events in the US, and also Italy, the Czech Republic , the Netherlands, France and Spain.

Events where Roger has taught:

“Your workshop blew me away!

I very much enjoyed the Staff workshop, one of the best HEMA workshops I’ve seen!”

“I usually do not judge workshops of an HEMA event, because I only attend a few. But I would like to recommend to everybody: if you ever have the chance to attend a staff workshop with Roger Norling on Joachim Meyer, then do so.”

“Roger, brilliant sessions. Thank you! It is always a pleasure to be in your classes, I have to process the information now and practice what you and Mattias showed us. Brilliant!!”

“Roger has an amazing depth of knowledge and an uncanny ability to present it!”

“Thanks for the impressive demonstration and competent explanation of polearms on the Dreynevent. I enjoyed your workshop very much. I think, I will never shovel snow again without respect for the shovel and remembering your instructions!”

“Thanks very much for the great introduction into the nice mechanics of the staff. Enjoyed your lessons very much!”

“Thanks for an exemplary workshop (J.Meyer) which made me very curious! I hope to be able to participate actively next time.

… believable and looking like how I envision Meyer would be doing it himself.”

“Roger showed very impressingly, how powerfully you can use a simply pole and how dangerous it would be in a hand, which knows, how to use it. Respect! It was much fun, to exercise in this course!”

“This class was really great!!! Cool exercises and everything was explained in a clear way. Cool techniques that gave me a basis to work on in my training!”

“Very nice class. I liked Rogers style of demonstration the techniques and the explanation very much. Roger has a great knowledge in my eyes, and has good body movement, stability, and power when executing some of the Stücke. I was glad to have the opportunity to train with him two times (beginners and advanced class), which helped me to understand the mechanics behind the staff much better.”

“This three hour workshop was a real highlight, not just because I think Meyer has left us a brilliant, elegant and powerful system of staff-fighting, but because Roger’s pedagogy was equally brilliant. Ably assisted by new friend, fellow Illinoisan and brother-at-arms Chris Vanslambrouck of the Meyer Freifechter, from the moment he began his warm-up, everything Roger taught was designed to initiate students in the body mechanics and broad motions of the art. The Gothenburg Historical Fencing School is known for its physicality and conditioning, and Roger brought this to his teaching: the first hour of the class would have been a fantastic stand-alone class in relating warm-ups and conditioning to your martial arts practice. Fortunately, there was two more hours of solo and paired work and people got a great work out, exposure to an art most of them had never seen before and I suspect an eye-opener as to the power of the humble staff…”

“Interesting, with good ideas and interpretations!”

“Very good! Roger seemed to be sprung from Meyer’s treatise, only the the clothing seemed to be missing. Roger’s classes were the most interesting workshops for me during this event.”

“I very much liked the structure of his two workshops, giving rather more practice time and repetitions for the basic stances and techniques in the beginners’ class and whetting my appetite for staff/polearm fencing with a short repetition of the basics (good idea!) and a wider overview on many different techniques in the advanced class.”