The GFFG trains what is commonly called Historical European Martial Arts (HEMA). A shorter and also relatively common term is also Historical Fencing. Shortly, HEMA is the documented martial arts traditions that were created and practiced in Europe from the Middle Ages up until modern time. Documentation is crucial and means that there has to be detailed sources that describe techniques well enough to train from, or that there are living traditions with trainers fostered in the martial arts, as is the case with e.g. Icelandic Glima, French Savate and La Canne, or portuguese Jogo do Pau. 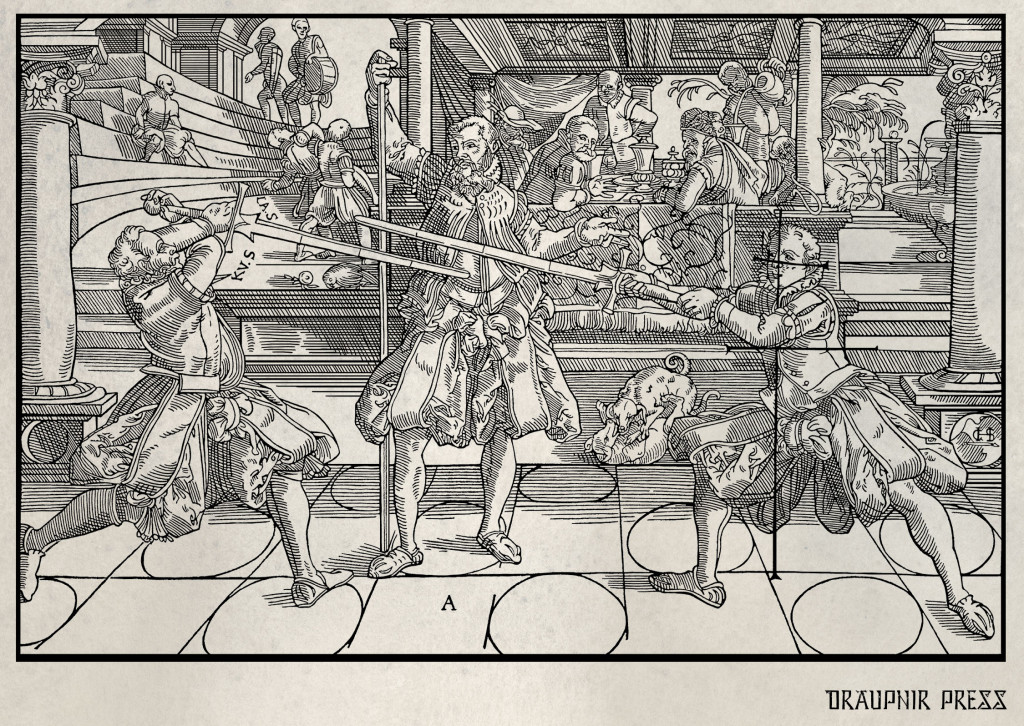 Longswod fencing from fencing master Joachim Meyer’s combat manual of 1570, with what is presumed to be Joachim Meyer himself in the middle. Image reconstructed by Draupnir Press

Our current focus in the club is of course narrower, but that doesn’t hinder you as a student from delving deeper into something completely different. There are always great opportunities to tie international bonds with like-minded and also to learn at any of the numerous HEMA-events that are arranged worldwide. Maybe you can also in time become an instructor yourself, in the tradition and weapon you choose to specialize in?