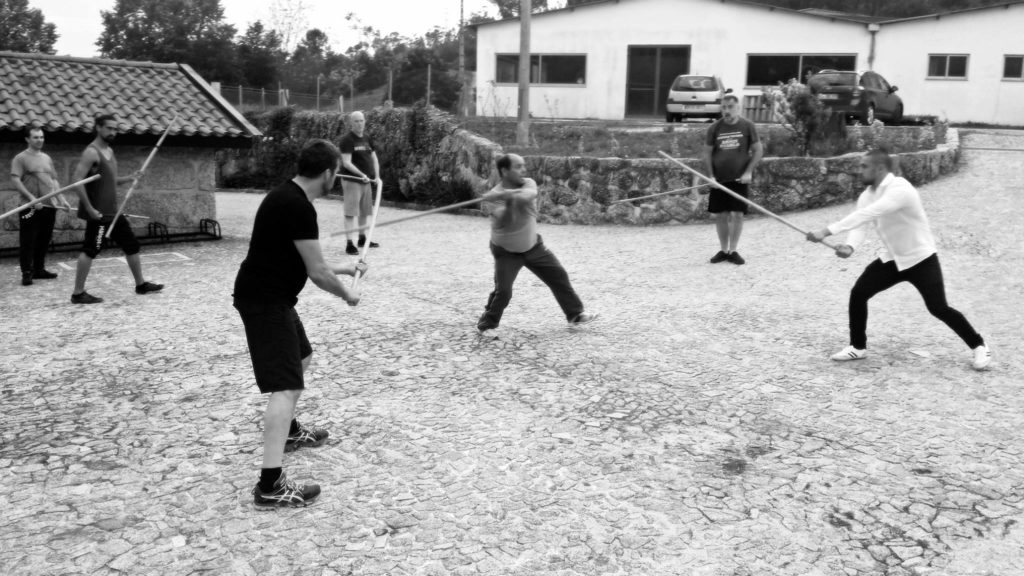 Every week, we in the GFFG also practice Iberian fencing, mainly  Jogo do Pau in the form it is practiced in the Portuguese village of Cepäes, but also montante, i.e. man-sized two-hand sword, as it was practiced in the Iberian peninsula from the Renaissance and onwards. Two of our instructors, Nico and Mattias,  have practiced with the villagers of Cepäes, and several of our other instructors and members have practiced with other Portuguese instructors. The GFFG also yearly arranges the event Montanteiro, where fencers from all over the world come to learn and practice the montante.